I am cheating on the van life concept: I will spend the first night not in my van!

Got up at 6am in the morning, put the van on charge and had to deal with ice on the inside of my front windows. Chris and I went up to the mountain so early, that even the lift was shut when we got there. Went straight up on the mountain and flew the drone which got me sweating because once it was up in the air it wanted to go straight back down again, whilst being over a cliff! The problem was, that it said it wouldn’t have enough current to proceed flying, probably because of the cold weather. Luckily just after, everything was ok. Chris and I enjoyed the wicked powder off the side of the slopes and had lots of fun skiing. We both were really exhausted, especially because the bus is always warm and makes you tired. Back at my van, I threw in the carbon monoxide alarm to see, whether the battery charger still produces carbon monoxide whilst charging. It took around a minute until the level were high enough for it to start going off. In the Airparc, I was practicing skating with blades again and finally jumped the big ramp for the first time into the airbag. It was crazy standing up there, but I made it without a scratch luckily. My boss asked me to help changing the net of one of the supertramps and so I did. It only took us 3 attempts and about 4 hours, but we managed to get it in there finally! This fresh net is even more crazy than the one before. I went up to sleep at Chris’s place that night, because I will drive him to Innsbruck at 4am in the morning and will do the crazy editing weekend just after. The first night not spending in the van, unbelievable! 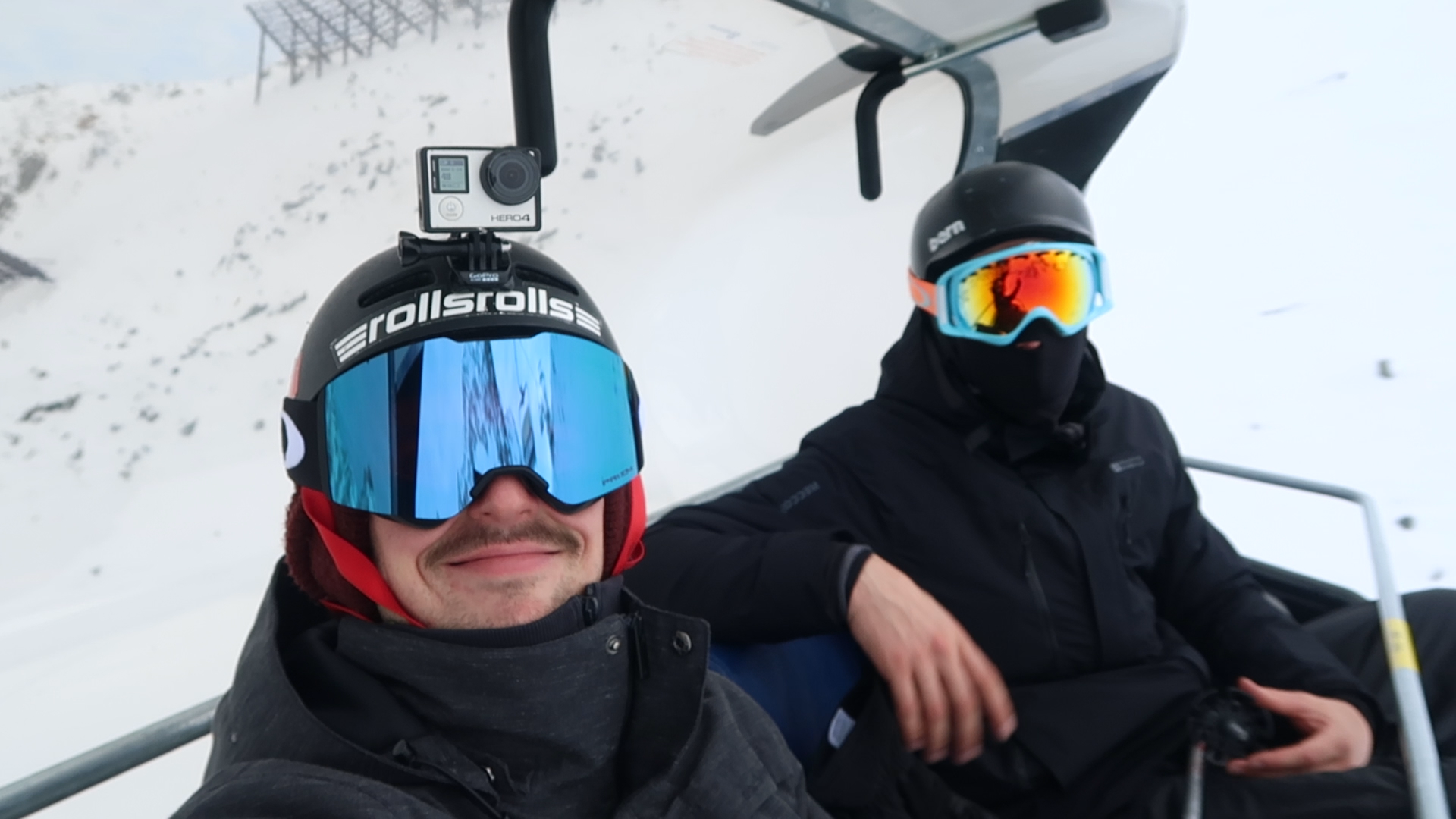 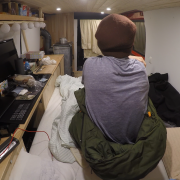 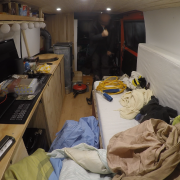 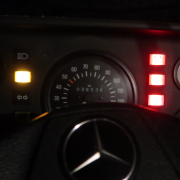 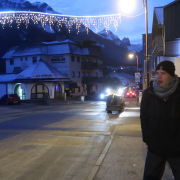 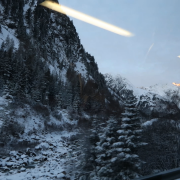 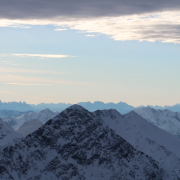 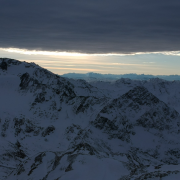 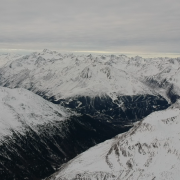 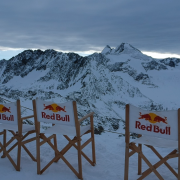 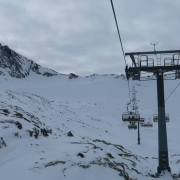 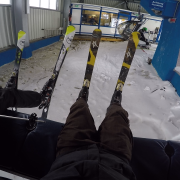 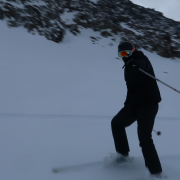 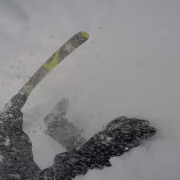 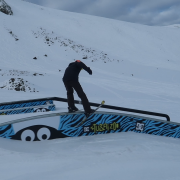 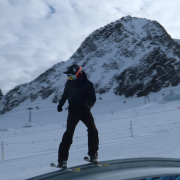 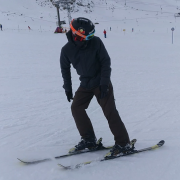 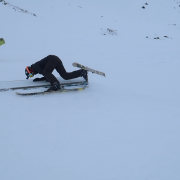 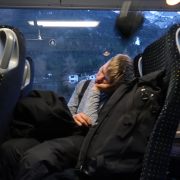 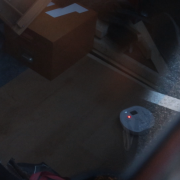 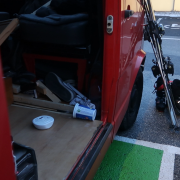 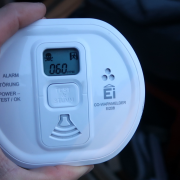 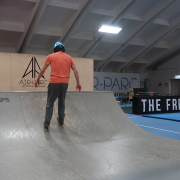 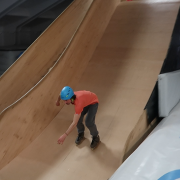 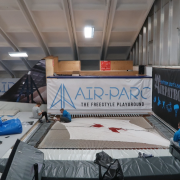 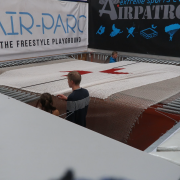 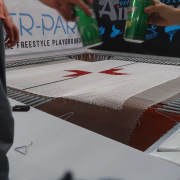 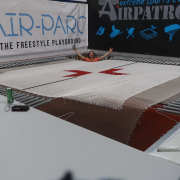